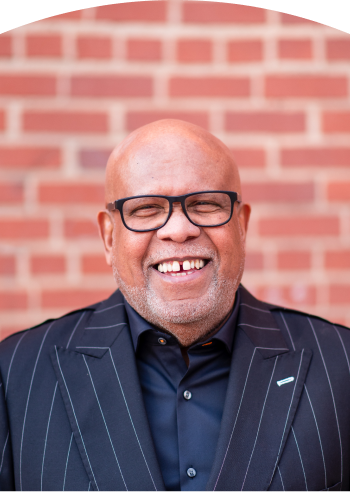 Lenwood V. Long, Sr., is the President/CEO of the African American Alliance of CDFI CEOs, a coalition of CEOs of Community Development Financial Institution (CDFI) loan funds, credit unions, and venture capital funds representing all 50 states and the District of Columbia. Alliance members are united in their commitment to social and economic justice for African American communities.

As President/CEO of the Alliance, Lenwood guides day-to-day management, strategic development, stakeholder relationships, financial growth, and administration of the organization. Collaborating with staff, members, and stakeholders, he works to build the financial, organizational, and political capacity of Alliance members and the organization. In his time as President/CEO, he has assisted the Alliance in surpassing its fundraising goal of over $1 million in the first six months of operation, and established and managed a grant management system that awarded over $1.1 million in grants to its members within the first five months.

Lenwood has more than three decades of experience in community economic development, human resources, and business management, including leadership positions in a variety of organizations, statewide economic and community development agencies, national consulting firms, and nonprofit organizations. In particular, he has expertly directed organizations through periods of transformational growth and strategic shifts. He is especially noted for his work with African-American small businesses, women entrepreneurship, veterans, and Historically Black Colleges and Universities.

He is the founder and president of the consulting firm BV&L Associates and has previously held positions as the president/CEO of Carolina Small Business Development Fund, the Minority Affairs Assistant in the office of former North Carolina Governor James E. Holshouser, and the Chief of Staff for former congresswoman Eva M. Clayton. He has a Bachelor of Science in Sociology from St. Augustine’s University in Raleigh, NC, a Master of Science in Urban Administration from Georgia State University, and specialized training from programs including Harvard University Kennedy School of Government’s Executive Education Program. He is also a recipient of The Order of Long Leaf Pine by the Governor of North Carolina, a recently retired Senior Pastor Emeritus of New Bethel Baptist Church in Rolesville, NC, and a United States Army Veteran.